To be an Advocate in Bangladesh Enrollment Examination Syllabus 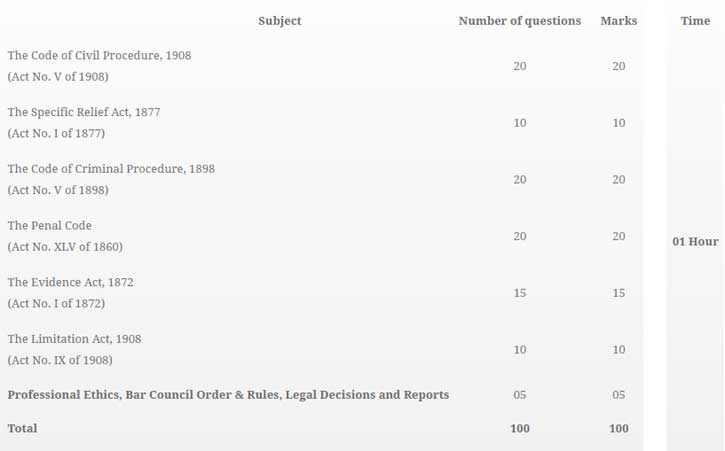 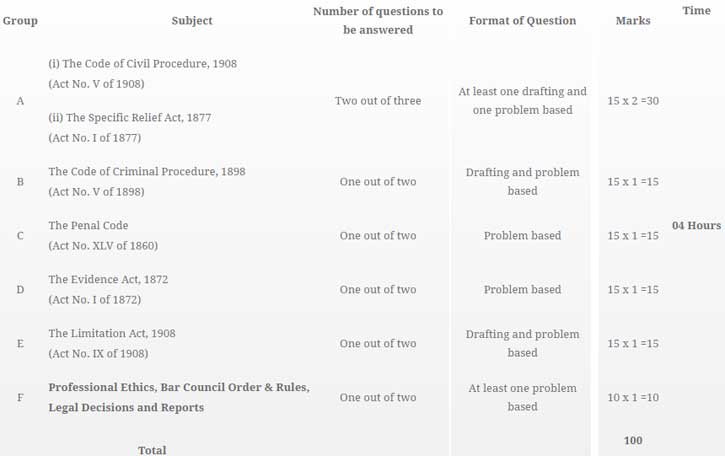 The Specific Relief Act, 1877
(Act No. I of 1877)
Specific Relief how given
Nature of preventative relief
Recovery of Possession of Property
Specific performance of contracts
Rescission of contracts
Rectification of the instruments
Cancellation of the instruments
Declaratory decrees
Injunction: Temporary and Perpetual Injunction, when such injunctions are granted and when refused; provisions relating to mandatory Injunction.