: A parabola is a curve that looks like the one on the right. Its open end can point up, down, left or right. A curve of this shape is called 'parabolic', meaning 'like a parabola'.

Note: For a parabolic mirror, all rays of light emitting from the focus reflect off the parabola and travel parallel to each other (parallel to the axis of symmetry as well). 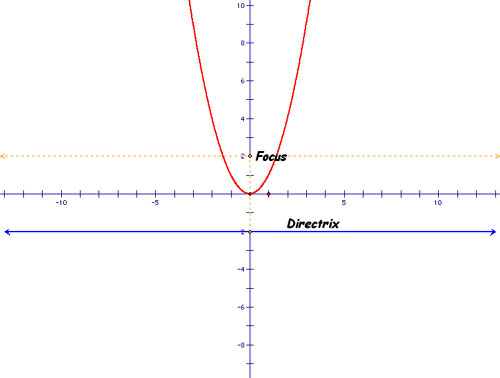 : A parabola is the set of all points in a plane that are equidistant from the focus and the directrix of the parabola. [Adopted from iCoachMath]

Focus of a parabola lies on the axis of symmetry.

Directrix is a line that is perpendicular to the axis of symmetry of a parabola. 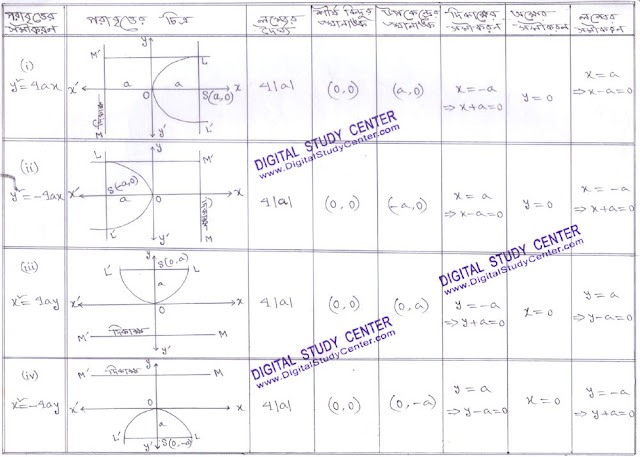 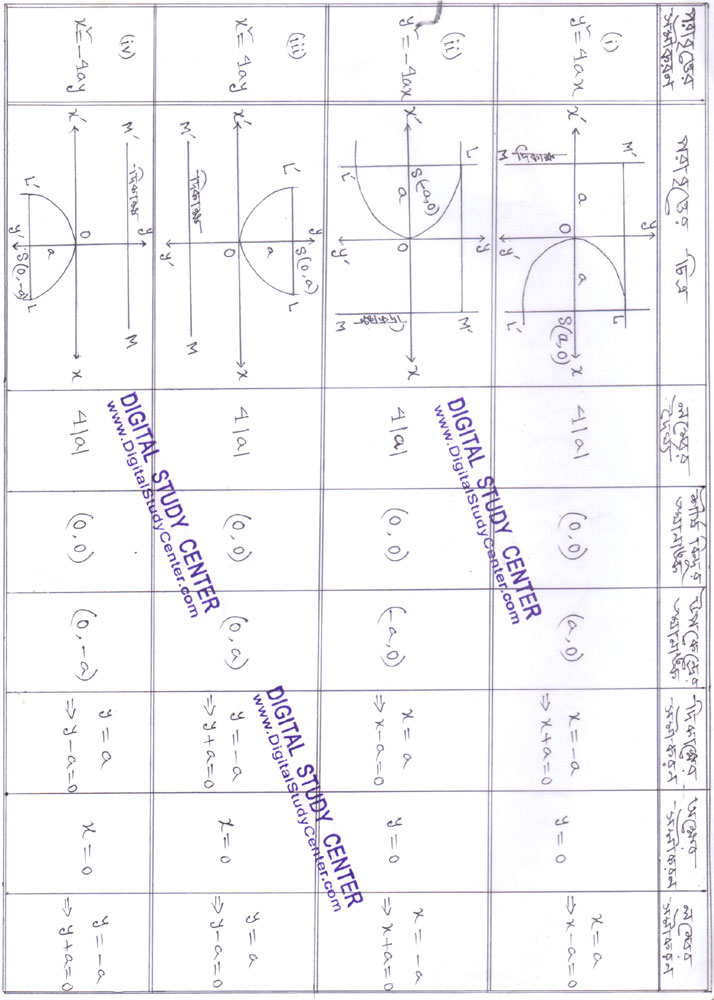 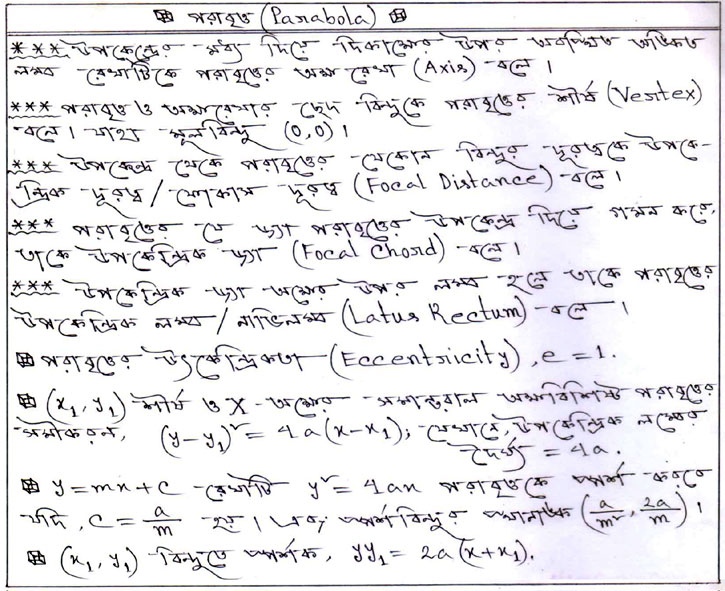