0 English, Grammar 10:51 PM
A+ A-
Print Email
21. The teacher said to the boy, “Do you think that honesty is the best policy?” “Yes Sir. I think so.” “Then learn to be honest from your boyhood." said the teacher. “Thank you, sir.” said the boy. “May Allah grant you a long life.” said the teacher to the boy.

Answer: The teacher asked the boy if he thought that honesty is the best policy. The boy replied respectfully in the affirmative and said that he thought so. Then the teacher advised him to learn to be honest from his boyhood. The boy thanked his teacher politely. The teacher wished that Allah might grant him a long life.

22. “Rina, can you tell me what I am teaching?” the teacher asked. “I'm sorry, Sir. I can't follow,” replied Rina. “You can't because you are attentive,” the teacher said.

23. Salam said to kamal. “How are you?” “I went to your hostel yesterday, but did not find you. Where did you go?” “I went to the station.” said Kamal. “I had to receive my maternal uncle there.”

24. “We would like to go an excursion. Can we have your permission, Sir?” said the students. “Yes, you can arrange it after the examination is over. And you should choose a historical place for that,” replied the headmaster. “Thank you, Sir.” 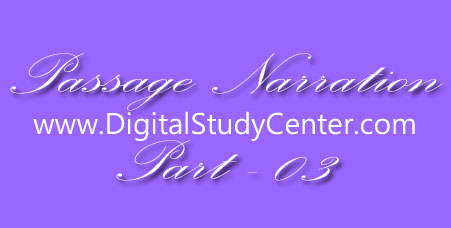 Answer: Father asked his son why he (S) was making late. He told him to go to school then. His son replied in the negative and told that he was not going to school that day. He added that he (S) felt dizzy.

26. “Well, if you can’t live in the jungle, you should come back to your home,” said his mother. “Accept your responsibilities. Don’t run away from them. Come and share them with us.”

“Thank you mother. You are right,” said Ruplal.

Answer: His mother suggested him to go back to his home if he could not live in the jungle. She again advised Ruplal to accept his responsibilities and not to run away from them. She further asked him to go and share them with them.
Ruplal thanked her mother and said that she (M) was right.

28. “Nazneen, have you done your English lesson today?” asked the teacher. “Yes Sir, I have done it. But I haven't understood some grammatical points.” replied Nazneen. “Where is the problem?” said the teacher. “Let us try again.”

29. Suddenly a voice called out, “Good morning, gentleman. Where are you going?” “Oh, nowhere; we are just looking for something,” replied the six blindmen nervously. “Who are you?”
“I am a teacher,” replied the voice.

30. “Can I help you?”
“Perhaps you could teach us something new and interesting,” they all suggested eagerly.
“Certainly I could,” replied the voice. “But first, let me tie up my elephant.”
“Your elephant! What’s that?” asked the blindmen curiously.

Answer: The voice asked the blindmen if he could help them.
They all suggested eagerly that perhaps he could teach them something new and interesting.
The voice replied with assurance that she could and suggested that he might be allowed to tie up his elephant first.
The blindmen curiously asked about his elephant what that was.