"The principal amount that money receive in the present is worth more than the same type as before amount received in the future."
- Mr. Benton

"Thar the value of a same of money received today is more than its value received after sometime."
- M. Y. Khan & Jain

"Future value is the value at some future time of a present amount of money or a series of payments, evaluated at a given rate."
- J. C. Van Horne and J. M. Wachowicz J. R.

"The future value of a present amount is found by applying compound interest over a specified period of time."
- L. J. Gitman 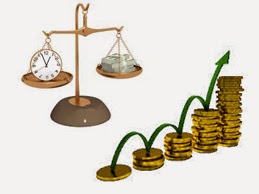 "An annuity is a stream of equal annual cash flows. It involves calculations based upon the regular periodic contribution or receipt of a fixed sum of money."
- Khan and Jain

"An annuity is a series of equal payments made at fixed intervals for a specified number of period."
- Basely and Brizham

"A annuity is a stream of equal cash flow. This cash-flows can be inflows of returns earned on investments or outflows of funds invested to earn future returns."
- L. J. Gitman

"Annuity due calls foa series of equal payments occuring at the beginning of each period."
- J. C. Van Horne and J. M. Wachowicz

"An Annuity whose payments occurs at the beginning of each period is called an annuity due."
- Basely and Brizham 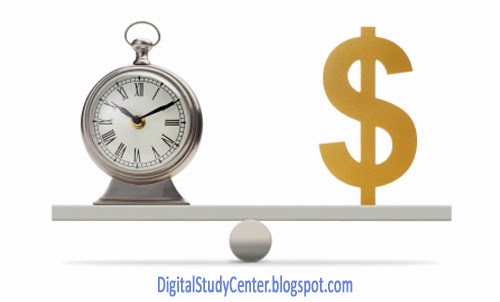 "A perpetuity is an ordinary annuity where payment or receipts continue forever."
- Van Horne and Wachowicz

" A perpetuity is an annuity with an infinite life in other words, and annuity that never stops providing its holder with a cash flow at the end of each year."
- L. G. Gitman

"The current value of a future amount of money, or a series of payments, evaluated at a given interest rate is called the present value of money."
- James C. Van Horne

"Present value is the current worth of a future monetary unit discount at the appropriate interest rate."
- Botten an Conn

"Present value is the value of money at a present date that will paid or receive in future period."
- Schall and Haley

"A perpetuity is an ordinary annuity whose payments or receipts continue forever."
- Van Horne

"An annuity that goes on for ever is called a perpetuity."
- M. Y. Khan and Jain

"The provision for the gradual extinction of a debt by means of a sinking fund is called amortization."
- Dictionary of Economics and Commerce

"The setting aside of money at intervals for the gradual payment of a debt is called amortization"
- John J. Hampton

"Amortize means to pay back a debt by making small regular payments over a period of time."
- Oxford Dictionary