Definition: Bangladesh is not a big country but over populated. It is the number one major national problem in Bangladesh. With an estimated population of 162 million in 2009. Bangladesh is the seventh most populous country in the world (UN 2009) according to her population. A total land area of mere 147,570 sq. km accommodating the above population size makes it by far the most densely populated among the populous countries. Although population is the resource of the developed countries but over population is a major problem to the developing and underdeveloped countries. As Bangladesh can not deliver her people with the basic needs, the population problem is becoming more intenser day by day.

Current position of population growth: The previous explosion rate was 2.36% but the current explosion is lower than the previous rate. Despite her current huge population, about four new children are born per minute here. As a result, more than two million people are being added to this 162 million people. The total population of Bangladesh will be double within 20 years.

Reasons of population growth: There are many common reasons of population explosion. There high birth rate, illiteracy, poverty, superstition, lack of motivation programs of government and NGOs, unconsciousness about the stand of living, unemployment problem etc.

Difficulties of over population: For over population, Bangladesh faces many difficulties in her modern age. Over population causes problems of food, communication, clothes, shelter, education, health, unemployment medical & medicine, environment, poverty etc. Besides, the land of cultivation decreasing day by day for making shelter on it. The traffic jam is also increasing in towns and cities. As a result of over population, people are becoming unemployed. Being unemployed, most of them are becoming frasted and addicted to drugs and involved with crimes. Moreover, many people make their latrines on the bank of rivers and canals and thus the environment is being polluted day by day.

Religious view in case of population growth: There is great religious influence on population explosion. Most of the people of Bangladesh are illiterate and they do not have real religious knowledge. Moreover, most of them are fatalistic and so they do not think over the problem of over-population. 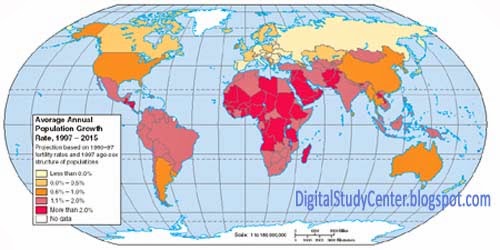 Conclusion: The population problem is great malady for Bangladesh. But this can be solved if the government and the people are firmly determined to control birth and grow more food at the same time. At present, the government is taking measures to check the population growth and a large percentage of people practice birth control. Recent advances in farming have made the country productive enough to feed the present population. Failure to arrest further increase of population may have disastrous effects frustrated.