Introduction: Primary education consists in giving elementary knowledge of one's mother tongue, simple arithmetic, geography and hygiene. Such education is at the root of all kinds of education. Hence the importance of primary education in the life of an individual or nation is very great.

Why primary education be made free and compulsory: Majority of our people are very poor. They cannot afford to bear the high cost of education of their children. Education of any sort is beyond the means of our millions. Again, many of our poor villagers refuse to send their children to school owing to ignorance prejudice. They think that their children will do well if they stay at home or go to the field to help them in agriculture or other works. 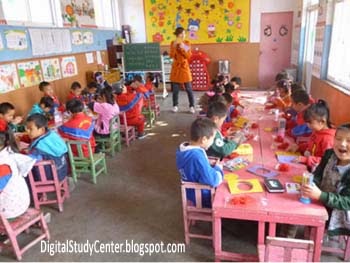 Problems to be solved: There are various problems that hinders countrywide introduction of compulsory free primary education. The main problems are: lack of sufficient fund and accommodation of good and trained teachers, of suitable syllabi and apathy of children and their families towards education and large number of dropouts at the primary stage. The government is trying to deal with these problems.

Conclusion: It is hoped that in course of next few years the programme of introduction compulsory free primary education will be implement in phases and the country will get rid of the curse of illiteracy with the turn of the country.